When the EcoDiesel engine for the RAM 1500 was first announced, it was met with some pessimism. After all, it was the first time a diesel engine had found its way to a full-size pickup truck since the 1980s, when diesel pickup trucks weren’t exactly a success. Well, now it has been some time since the EcoDiesel was released, we can now say it has been a monumental success. It has taken home many awards and honors, including this newest one, the “Truck of the Year” award given by the Rocky Mountain Automotive Press Association.

Here at your local Millersburg RAM dealership, we are thrilled but not surprised to hear that the 2015 RAM 1500 EcoDiesel has taken home another honor. The Rocky Mountain Press Association kicked off the ninth annual Denver Automotive Show by announcing that the truck won the award. The Rocky Mountain Vehicle Awards were created in order to recognize vehicles that are all-new or significantly revised. The vehicle nominating committee considered performance, fuel economy, value, and vehicle function to narrow down the field to three finalists. After voting, the 2015 RAM 1500 EcoDiesel was a runaway winner.

The EcoDiesel version of the RAM 1500 has caused quite a stir in the automotive community thanks to its combination of trademark RAM power and fuel efficiency. The truck boasts an impressive fuel economy of an estimated 29 miles per gallon while also including a number of fuel saving systems that also reduce harmful vehicle emissions. Of course, the engine also has the capability to produce 420 lb-ft of torque, making it well suited for the work site. Meanwhile, the interior features full leather seating, real wood interior components, and modish design. 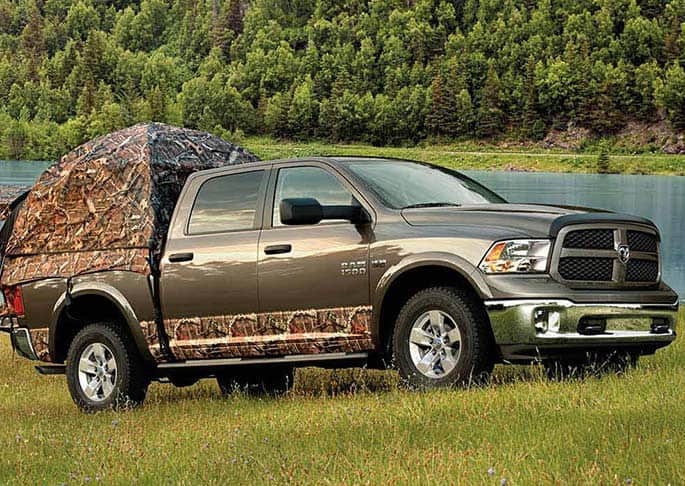 2015 Jeep® Grand Cherokee Delivers Both On and Off-Road Performance