Here at our local Millersburg Chrysler dealership, we are anxiously awaiting for the new 2016 Chrysler Town & Country to arrive. However, the latest news out of FCA US LLC headquarters isn’t related to this exciting new minivan, it actually takes us one year into the future with the 2017 Chrysler Town & Country. According to a report from “Automotive News,” the 2017 version of the Town & Country will debut a ton of new features never seen before on a minivan.

The 2017 version of the venerable minivan has actually been in development since 2012, when it first debuted at the Detroit Auto Show as the 700C. Since then, the automaker has been hard at work on making this van truly futuristic, and from what we’ve seen thus far, it has greatly succeeded. One of the most revolutionary additions to the 2017 Town & Country will be the optional plug-in hybrid version. Historically, minivans haven’t been known for their fuel-efficiency, but this plug-in hybrid will achieve fuel economy equivalencies of up to 75 miles per gallon. For gasoline fans, the Pentastar V6 will also be upgraded.

Another big addition to the van is an all-wheel-drive system that will make navigating those frozen Millersburg roads in the winter a breeze. On the interior, the van’s famous Stow ‘n Go seats will be redesigned to fold into the floor more easily than ever before. An all-new Open ‘n Go system will allow the back sliding doors to be opened by passing a foot or other object in front of a sensor. 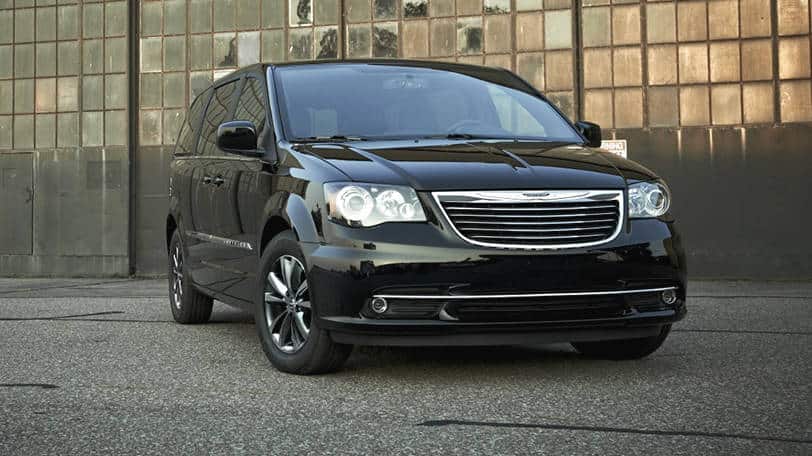